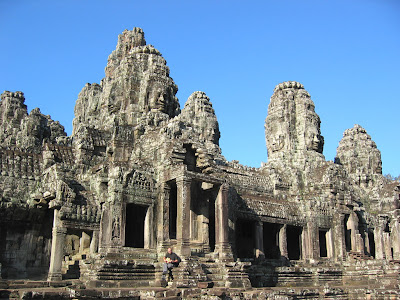 I am unfortunately in such a “over-the-counter” percocet drug haze from the motorbike accident (see last week’s blog for details) that I actually asked someone wearing a shirt with “Cambodia” emblazoned upon it, “Oh, how was Cambodia? We’re going there soon.” 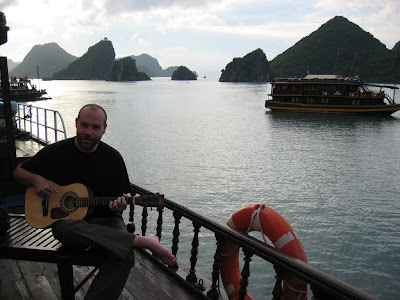 Playing on one of the Hao Long Bay boats in Vietnam, outside of Hanoi. The Princess Cruise Line of the Third World.  Hanoi is a great city for contemporary art. 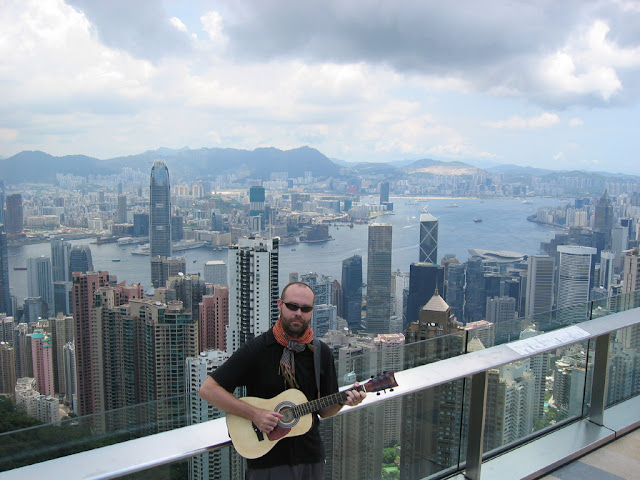 The glorious “Peak” overlooking Hong Kong and Kowloon. The number one tip to know about Hong Kong? The H.I., Hosteling International Hostel is located not far from here, with a similar view, for a fraction of the cost of almost every hotel in Hong Kong. Hong Kong has something like 12 of the most expensive hotels in the world but you can stay at the Jockey Club Hostel for practically nothing. 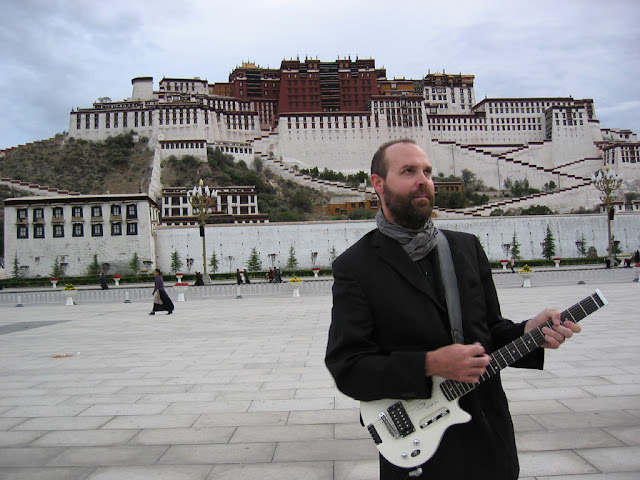 The number one travel tip in Tibet? Check the warning labels on all over-the-counter drugs. The one recommended by the local pharmacy for altitude induced headaches causes, rare, but not unheard of cases of a disease that causes your skin to FALL OFF! This drug had been banned in most of the country for three years but in Lhasa you could get eight pills for just $5! 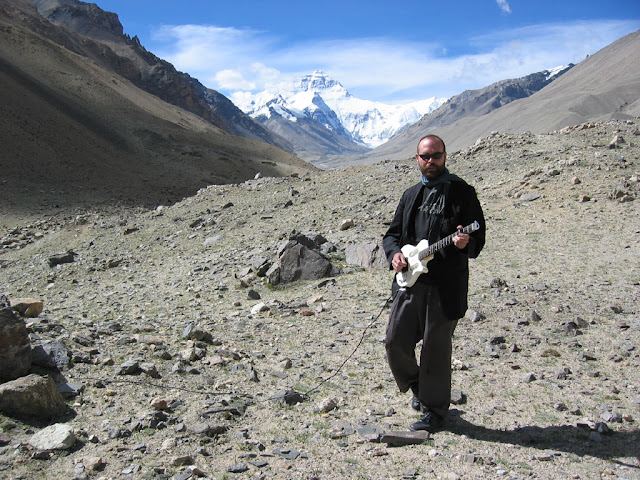 We took about 100 photos in this spot and I remember someone saying, “Let’s go, there is plenty of time to take more photos later.” “Take more!” I said. Twenty minutes later the mountain was gone! Hidden behind a shroud of clouds. It did come back but I’ve heard tell of people at Everest for days without ever seeing it.

It does not get much better than a gig at Base Camp Everest. 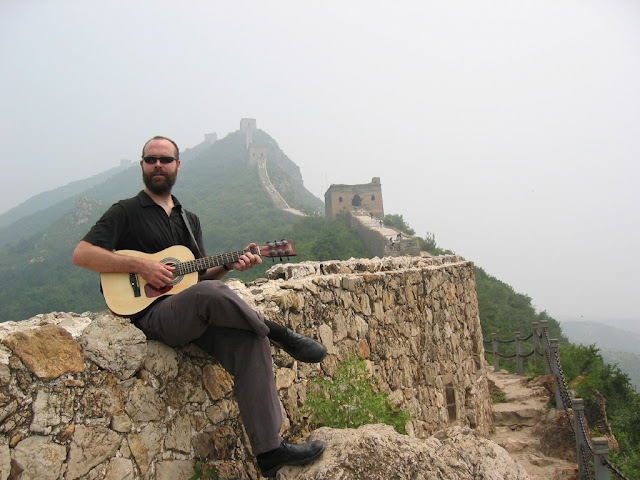 110 degrees, 80% humidity and 100% smog. The touts lazed about but insisted I play something…I played, “Gimmie Some Money” by SpinalTap…they got the joke. 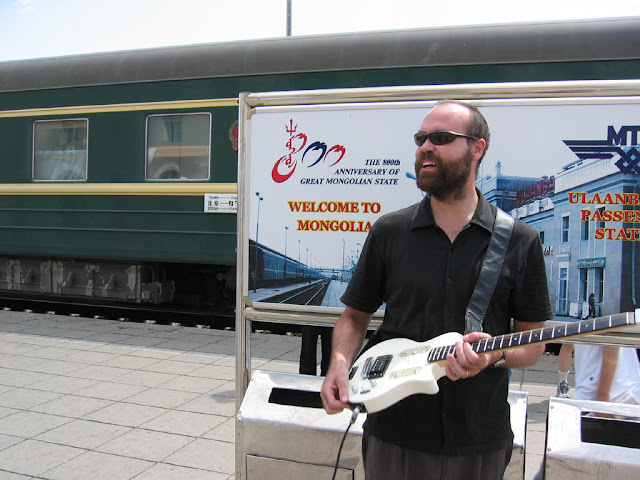 A quick 10-minute stop at the Ulan Bator train station in Mongolia. I wish would could stayed longer but the Trans-Siberian railroad from Beijing to Moscow waits for no guitarist! 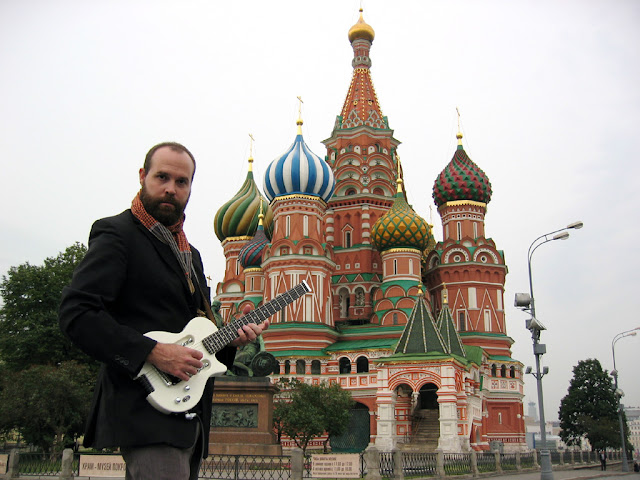 Couchsurf in Moscow! We stayed with Deric and seven other surfers. Deric is a couchsurfing legend. 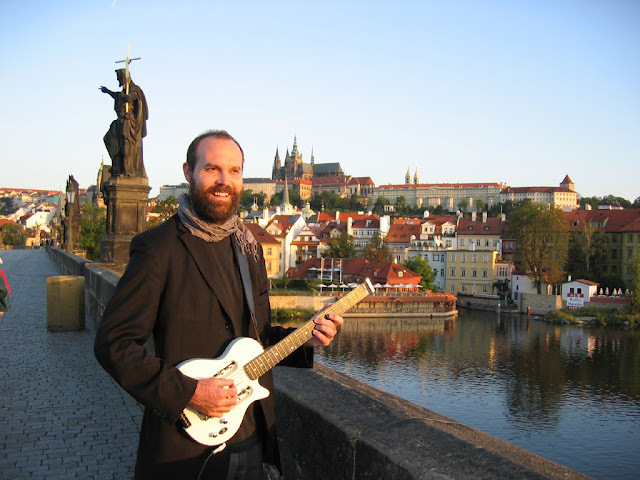