The $100 Guitar Project and J.S. Bach by Shawn Persinger

Thoughts on the $100 Guitar Project and J.S. Bach by Shawn Persinger 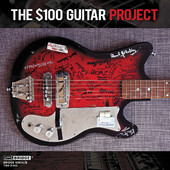 I won’t rehash the story behind the $100 Guitar Project, it is all over the Internet (click the highlighted link for the home page, even more below), but I would like to put my two cents in regarding the project as a whole, and talk a little bit about my contribution:

First things first: All proceeds from the sale of this recording go to C.A.R.E. I won’t drone on about this…so I’ll stop there.

I was lucky enough to be the second guitarist to play the $100 Guitar (second on the project). This was due only to my physical proximity to Chuck O’Meara, the man who ordered the guitar. By the time I received the instrument I knew many of the names that had agreed to participate (Nels Cline, Mike Keneally, Elliott Sharp, Andy Aledort, Henry Kaiser) and I felt this set the bar pretty high to deliver something unique and interesting.

I pulled out some J.S. Bach sheet music. I was told “no cover tunes” because Chuck and Nick didn’t want to deal with licensing fees, but who was going to try and collect on Bach? I unplugged the guitar, put a two microphones in front of it and played the “Siciliano” From Violin Sonata No. 1 BWV 1001 (see music below).

The next day I delivered the guitar to, the then stranger to me, Marty Carlson (we met at Gerosa Records).

I went home and began mixing. Any dissatisfaction I may have originally felt after my hour of improvised chaos began to slowly fade as I collaged and “effected” my $100 musings on my computer.

The result is what turns out to be one of the weirder pieces on the record (this surprised me greatly). And I was delighted to see this three-word review of my piece, “Eclectic Ear Movie.”

Siciliano From Violin Sonata No. 1 By J.S. Bach

Go to 1:39 of my piece, this is where the Bach excerpt begins. It last for a mere eight measures (the full 40 measure transcription is below), it’s a little out of tune, a little buzzy, and lo-fi, but I find it utterly delightful. It’s Bach.

I am happy to share with you my transcription of the piece, originally composed for violin (thus the title). It is in standard tuning, but capoed at the 3rd fret, allowing the opening, tonic, Bb chord to be played as a first-position G chord.

No doubt I have left out some of the chord indications (maybe I can get David Starobin to edit this for me) but overall I am quite happy with this transcription and basic harmonic analysis. Enjoy.

By the way you can get your copy of the $100 Guitar Project from most of the usual on-line stores, including: Amazon and iTunes. 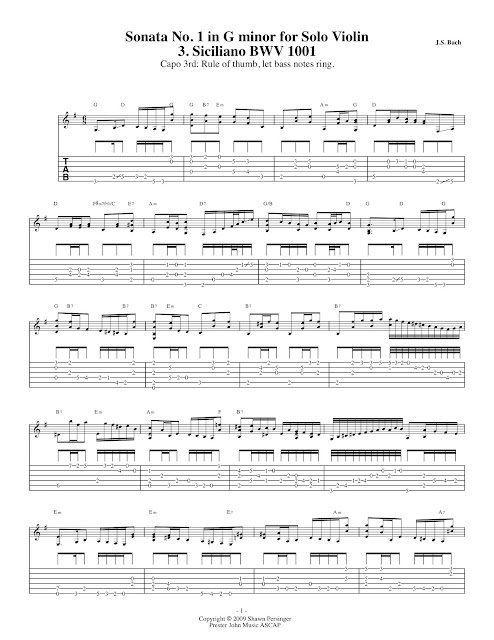 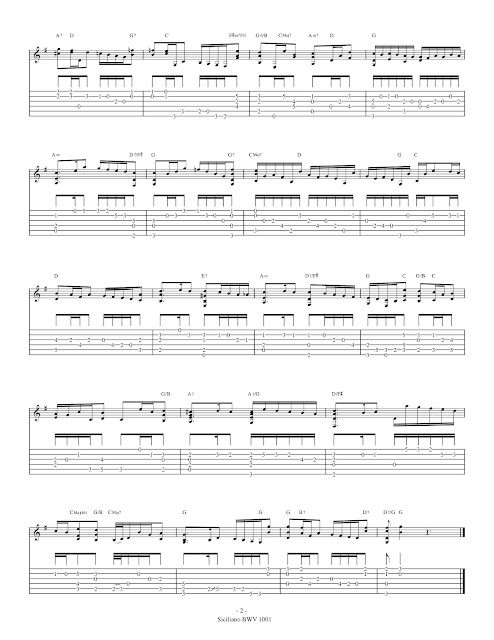 The End.
See you soon.
For more on Shawn Persinger is Prester John please visit:
www.PersingerMusic.com and www.WeirdGuitarLessons.com